Once the early citizens of Burlington had time for leisure, lawn bowling quickly became the sport of choice. The sport was first organized in 1904 on the green at Trinity Methodist Church and at the Brant Hotel. As the sport became more popular, people built and owned their own lawn bowling greens.

In 1969, a steering committee, under the chairmanship of Don Stephan and composed of Messrs. G. Goodall, J. Haggo, A. Hawson, E. Taylor of the Burlington Club; R. Chapman and W. Fellowes of the Aldershot Club; W. Consiglio and K. Morris of the Roseland Park Club, concluded an agreement with the Town of Burlington to construct two full size greens and a club house on town land at 2275 New Street (in Central Park). This was to be leased to the combined clubs under the name of the Burlington Lawn Bowling Club, for 25 years at a nominal fee, the premises at Elgin Street and Shadeland Avenue to be turned over to the town as our contribution to the project.

Construction was started in November 1969 and the greens were officially opened on June 5, 1971, by Mayor George Harrington, in the presence of a large turnout of members, friends and bowling officials from adjoining districts and from the Provincial Association. Membership in that first season was in excess of 200, almost evenly divided between men and women.

This is our 50th season and we're stronger than ever! 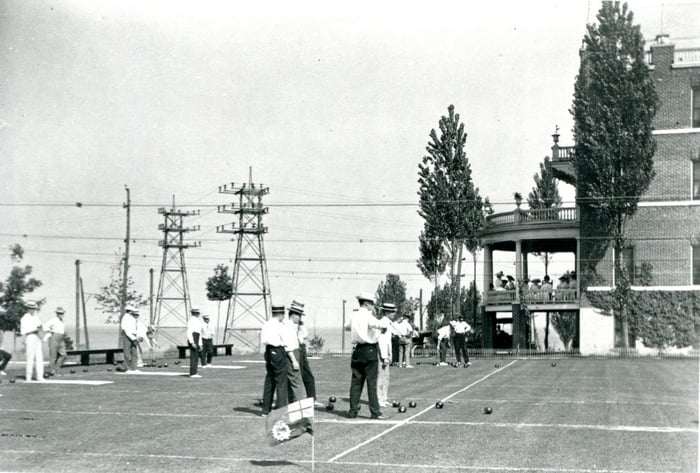